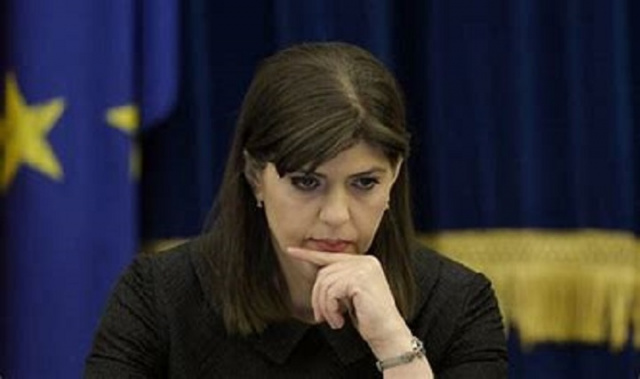 The agreement with the Bulgarian Prosecutor’s Office for the appointment of 10 delegated European prosecutors is still in force and the issue is not up for discussion, the EU’s new Chief Prosecutor Laura Kövesi was quoted as saying Thursday by the Bulgarian justice ministry. Kövesi is set to speak to the press on Friday.

Kövesi, the chief of the European Prosecutor’s Office (EPPO), is currently in Bulgaria to ensure the rapid selection of six more candidates to become delegated European prosecutors who will be tasked with fighting EU fund fraud, the EPPO announced on Thursday.

Bulgaria has already appointed 10 delegated prosecutors but the EPPO rejected six of them more than a month ago. Since then the Prosecutors’ College of the Supreme Judicial Council has refused to fill the Bulgarian quota.

Kövesi, who chose Bulgaria for her first mission abroad, also met with Prosecutor General Ivan Geshev. Geshev is seen by many Bulgarians as being the guarantor of a status quo that benefits the mafia and who has not investigated any major cases of corruption or abuse of power.

The three-month-long antigovernment protests of last summer called for his resignation. For more than a week now, protesters have been demonstrating in front of the Palace of Justice in Sofia where Geshev’s headquarters are.

Although protesters are not letting Geshev into the building, he still met with Kövesi there. Outside the justice ministry, protesters were carrying posters in Bulgarian, Romanian and English urging Kövesi not to trust Geshev, whom they called a mafia guy. “Geshev is a disgrace!” they chanted. /Krassen Nikolov | EURACTIV.bg