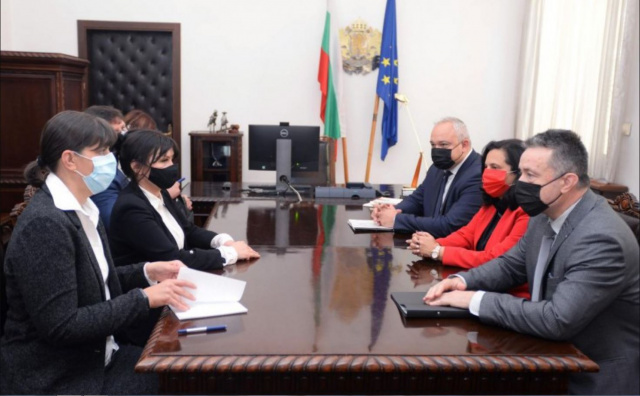 Bulgaria’s caretaker Minister of Justice Prof. Yanaki Stoilov and his team held a meeting with the European Chief Prosecutor Laura Kövesi on June 10.

Prof. Stoilov briefed Ms.Kövesi on his priorities as caretaker Minister of Justice. He said he had informed the Supreme Judicial Council of expectations that new Bulgarian candidates for European delegated prosecutors would be nominated.

Ms. Kövesi stressed that it is very important for the institution she heads to meet the high expectations and for all delegated prosecutors to work in a timely manner.

The European Chief Prosecutor stressed that a working agreement for the appointment of 10 people has been signed with the Bulgarian public Prosecutor’s office and this is not an issue to be discussed.

Ms. Kövesi and Minister Stoilov also discussed the topic of specialised prosecutor’s offices and specialised courts. The guest expressed the opinion that the issue is debatable and there is no single model in the European Union.

According to the European Chief Prosecutor, the decision on the issue is political and depends on the proposal of the Minister of Justice.

According to her, investigations against high-ranking officials should be completed quickly, because it is in the interest of themselves, the prosecution and the public.