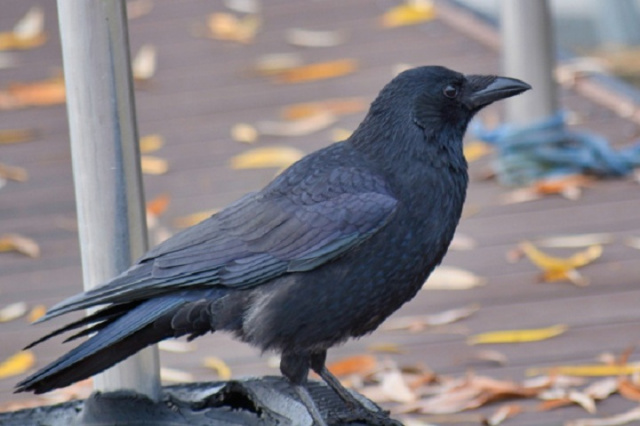 "One crow pecked me on the head and the other attacked me in the back of my leg, I felt a blow as one bird continued to chase me, the pain was quite strong, my calf was cramping and I went straight to Pirogov emergency hospital,” relates on BNR Andronika Martonova, an art historian and associate professor at the Institute for Art Studies of the Bulgarian Academy of Sciences.

She was attacked by parents of a young crow in the center of Sofia.

"The doctors at the Pirogov hospital were not surprised, I am very grateful to them.

They told me that these are common incidents, patients are often coming to them with such wounds because this is the typical behavior of birds during the breeding period when the crows protect their young ones, they told me that they even had patients who were much more severely pecked on the faces," Martonova explained.

"Sofia is home to almost all types of crows, and in this case it was most likely the gray crow ", commented expert on these birds, Irina Mateeva from the Bulgarian Society for the Protection of Birds.

"Birds have extremely strong protective mechanisms when they are raising their young which is in late May and early June, when the chicks start trying to fly. And the little ones are silly at first, they land on the ground, then their parents protect them with all their might.

Crows peck not only humans, but also dogs, they often attack them from the back, pecking people on legs and dogs on tails, in a sort of a "diving flight", explained the ornithologist.

The right behavior is to make a U-turn, to move away from the place where the attack took place, and it matters how far you are from the little bird, Mateeva advised.

And fallen birds - owls, crows, herons, should not be touched, because they will attack you directly in the eyes, the ornitologist warned.