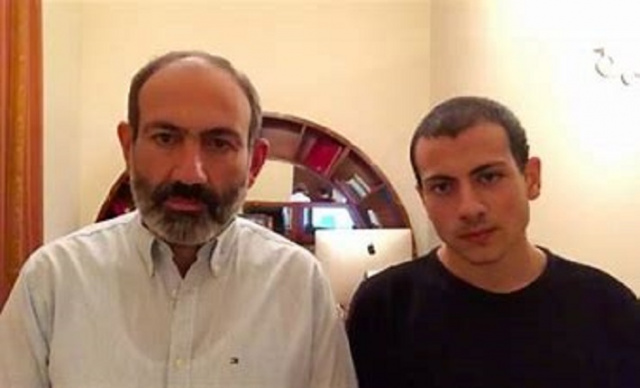 Nikol Pashinian, acting Prime Minister of Armenia, made a stunning statement on June 8 when he officially announced that he was prepared to trade his son Ashot for the remaining Armenian prisoners of war (POWs) held in Azerbaijan.

Azerbaijan is thought to still hold at least 140 Armenian POWs following last year's war over the disputed territory of Nagorno-Karabakh. After his father's remarks, Ashot Pashinian shortly thereafter posted on Facebook that he was prepared to take part in the swap.

Nikol Pashinian's comments came in response to remarks by a political opponent; there is no indication that Azerbaijan is considering such a swap. But the caretaker prime minister of Armenia and head of the ''Civil Contract'' Party Nikol Pashinian made it clear he was officially announcing that he was ready to exchange his son with the Armenian war prisoners kept in Azerbaijan.

ARMENPRESS reported Pashinian as making the statement in a meeting with residents of Aparan town, responding to words from former prime minister and ex-president of Armenia Serzh Sargsyan, who said that Pashinian should exchange his son for 20-25 war prisoners.

’I officially tell Aliyev, I exchange my son with all the war prisoners’’, Pashinian announced. Addressing Sargsyan and another ex-president of Armenia, Robert Kocharyan, Pashinian said that he was authorising them to negotiate over the deal. ''You should never think that this is an emotional announcement. I say it officially, go and negotiate'', Pashinian stated, adding that he would await their response.