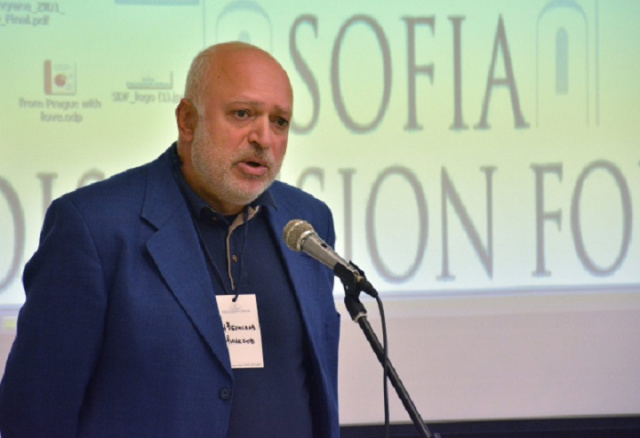 Caretaker Minister of Culture Velislav Minekov has delivered on his promise, given on Friday to Sasho Dikov, host of the EuroDikoff talk show, to give a mind-blowing news conference. The minister of culture gave startling evidence exposing corruption of his predecessors. The ministry has proved to be a gold mine for a number of personalities, in his words. Minekov explained that he could not afford to do things that Vezhdi Rashidov and Boil Banov, who were previously culture ministers, did.

"There are startling revelations, incredible abuses of EU funds. "Somehow they vanished into thin air, or were “absorbed”, as they say, nearly 4.5 million euros from the entire project for the renovation of Largo, an architectural ensemble in central Sofia designed and built in the 1950s," said the caretakerminister of culture.

He cited a classified OLAF report that also contained recommendations.

"The recommendations are to hold three ministers and one mayor accountable," Minekov added. In his words, these funds should be restored.

The Minister commented that he would report to the Bulgarian and European Public Prosecutor's Office about the missing money. "I have doubts about what the result will be with our prosecutor's office, but very soon, in my opinion, this prosecutor's office will have to work at full steam," Minekov added.

You‘ve heard about the case of police officer Angel Papalezov. I'm pretty clear why all this happened to him. What we saw was a comic story with coins replicas. "Angel Papalezov has been followed. Since I assumed office, I have had several meetings with him and we thought about setting up an expert team for cultural values. He has been intimidated," the minister explained, commenting that he would not allow to sacrifice Papalezov and would continue working with him.

The financial status of the Ministry of Culture is shocking. Minister Minekov also commented on the losses of the National Palace of Culture, which by 1 January stood at BGN 86.5 million.

“We will also request to check how the head office of GERB party has settled in a building of the National Palace of Culturefor symbolic rent,” he promised.

We remind that in February last year the Council of Ministers, headed by Boyko Borisov, gave political party GERB two floors of the most central building in Sofia - the administrative quarters of the National Palace of Culture for free for a period of 10 years.

According to Minekov, Emil Koshlukov,Director General of BNT, is linked to the companies that are sanctioned under the Magnitsky Act.