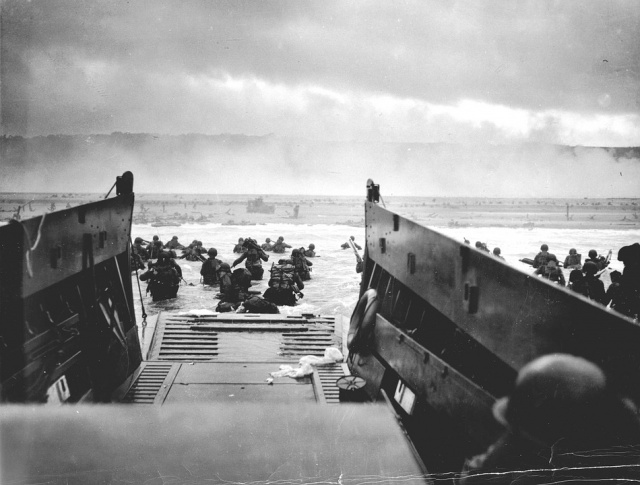 Several ceremonies were being held Sunday to commemorate the 77th anniversary of D-Day, the decisive assault that led to the liberation of France and western Europe from Nazi control, and honor those who fell.

On D-Day, more than 150,000 Allied troops landed on the beaches code-named Omaha, Utah, Juno, Sword and Gold, carried by 7,000 boats. This year on June 6, the beaches stood vast and nearly empty as the sun emerged, exactly 77 years since the dawn invasion.

For the second year in a row, anniversary commemorations are marked by virus travel restrictions that prevented veterans or families of fallen soldiers from the U.S., Britain, Canada and other Allied countries from making the trip to France. Only a few officials were allowed exceptions.

At the newly-built British Normandy Memorial near the village of Ver-sur-Mer, bagpipes played memorial tunes and warplanes zipped overhead trailing red-white-and-blue smoke. Socially distanced participants stood in awe at the solemnity and serenity of the site, providing a spectacular and poignant view over Gold Beach and the English Channel.

The new monument pays tribute to those under British command who died on D-Day and during the Battle of Normandy.

A text carved on the wall writes: "They died so that Europe might be free."

Over the anniversary weekend, many local residents have come out to visit the monuments marking the key moments of the fight and show their gratitude to the soldiers. French World War II history enthusiasts, and a few travelers from neighboring European countries, could also be seen in jeeps and military vehicles on the small roads of Normandy./bc30.com