Putin Offers Gas and Vaccines to Foreigners in Speech 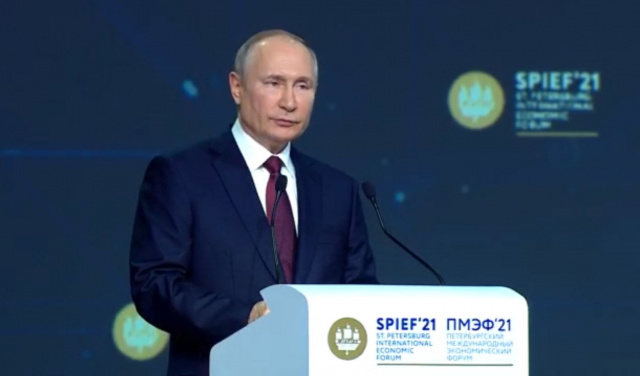 He pointed out that Moscow was ready to open the borders to foreign nationals seeking to receive Russian coronavirus vaccines, announced the completion of the first string of the Nord Stream 2 gas pipeline and presented a new package of measures aimed at supporting the people and businesses, which includes moves to extend a low-interest mortgage program and launch a new loan mechanism for businesses.

"As of now of millions of people simply don’t have access to vaccines because their countries have neither technologies nor production facilities nor funds to purchase vaccines. So far, those capable of assisting these countries have been doing little. Unfortunately, as the saying goes, self comes first." said Putin.

Therefore, the Russian cabinet needs to consider the possibility of arranging paid vaccination for foreign nationals in Russia.

Putin also stated that first string of the Nord Stream 2 gas pipeline was successfully completed and the work on the second string goes on.

"We are ready to implement similar high-tech projects in the future together with our partners from Europe and other countries. We expect that the logic of mutual benefit will inevitably prevail over various artificial barriers stemming from the current political situation," announced the Russian president.