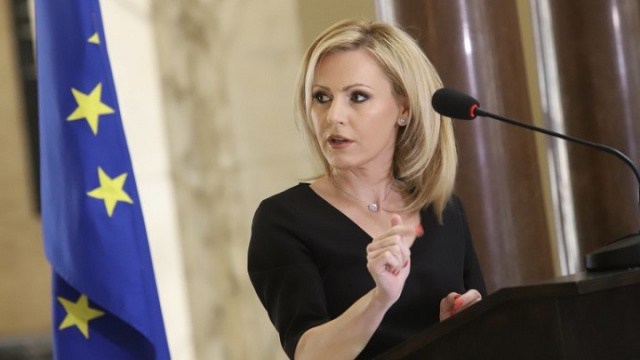 Bulgaria’s Supreme Prosecutor’s Office of Cassation has taken the initiative and opened six cases against each of the individuals, sanctioned by U.S. Department of the Treasury’s Office of Foreign Assets Control (OFAC) for their extensive roles in corruption in Bulgaria, announced at a briefing spokesperson for the Prosecutor's Office, Siika Mileva.

Bulgaria's prosecutor's office officially declares its support to US partners and asserts that the rule of law and compliance with the law in each country is impossible without a united front of all institutions against crime, in particular corruption, money laundering and organized crime, she said.

Mileva called for a constructive dialogue between the judiciary and the executive branches in the face of law enforcement within their competence, stressing that this is unlikely to happen against the backdrop of political attacks on the judiciary.

As regards Manolev, Haralampiev and Tomov - Blagoevgrad District Prosecutor's Office and the Specialized Prosecutor's Office have brought the cases to a courtroom. All are corrupt and fall into the catalogue of corruption crimes, explained Siika Mileva.

Much of the circumstances mentioned in the U.S. report are probably based on the work of the Bulgarian prosecutor's office and the evidence gathered, some of which has already been presented in court. Only the Bulgarian court can have a final say whether a person is guilty or not, she was adamant.

As for Delyan Peevski, checks are being carried out, the results are yet to be analyzed, and with respect to Bozhkov, Haralampiev, Peevski and Zheliazkov the prosecution will carefully examine the allegations mentioned in the report of the US Department of Treasury.

In the event that data on crimes committed are established, all necessary actions will be taken within the competence of the Prosecutor's Office. We will ask our partner authorities of the United States to detail the charges, said Siika Mileva.