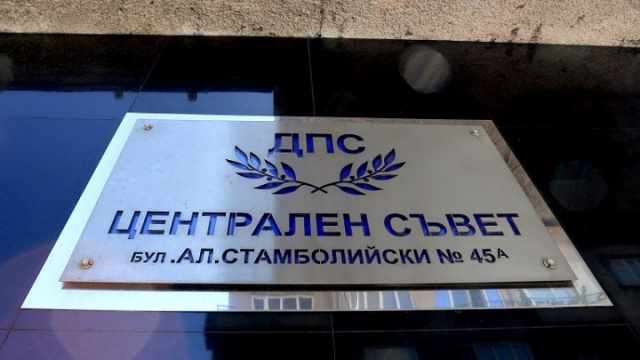 The Movement for Rights and Freedoms (MRF) issued a statement this morning responding to yesterday‘s news concerning the sanctions against its member and longtime MP Delyan Peevski imposed by the Office of Foreign Assets Control (OFAC) of the US Treasury Department. We remind that shortly after the announcement of the sanctions under the Magnitsky Act, the US State Department announced a second package of sanctions, which also included Peevski - already with a restriction on entry and residence in the US.

MRF quotes the statement of its member and former MP Peevski, circulated yesterday.

MRF awaits other facts and evidence that underlie the decision of Foreign Assets Control (OFAC) and refers to its statement which says:

"Delyan Slavchev Peevski is an oligarch who was previously a Bulgarian MP and media tycoon and regularly participated in corruption, having used his influence and bribes in order to protect himself from public scrutiny and to exert control over key institutions and sectors in Bulgarian society. In September 2019, Peevski actively worked to have a negative impact on the political process in Bulgaria during the local elections on October 27, 2019. Peevski has agreed with politicians to provide them with political support and positive media coverage in exchange for protection from a criminal investigation."

'Corruption within the meaning of this Act occurs when, as a result of the high public office, the person abuses power, breaches or does not perform official duties for the purpose of directly or indirectly deriving a tangible or intangible benefit to himself or others.' (Art.3 para 1 of the Anti-Corruption and Illegal Assets Forfeiture Act).

The party reminds me that Mr. Delyan Peevski has not held an important public office since 2009, except that he was an MP of the MRF.

The Movement assures that they support all efforts to eradicate corruption and insist that corrupt persons who undermine the economic functions and democratic institutions of Bulgaria be held accountable.

MRF encourages everyone to implement appropriate and effective anti-money laundering measures to address the risks caused by corruption and will continue its commitment to implementing financial transparency and accountability reforms.

"We call on all regulatory bodies to prevent the risks of doing business with corrupt individuals and their companies," the Movement for Rights and Freedoms said.

Meanwhile in a statement to the media, Peevski decried his blacklisting. He denied any involvement in corrupt activities and said he plans to take legal action against the sanctions.