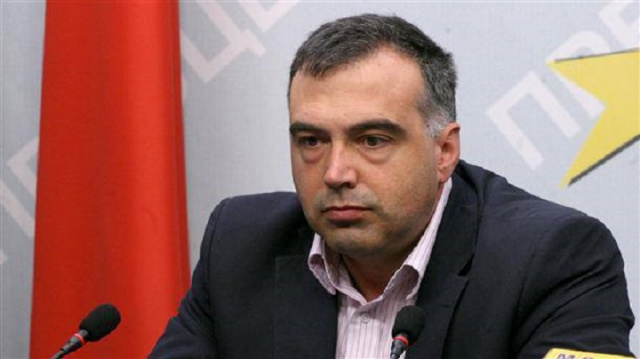 "During the tenure of the caretaker government, when the legislature is not working, we see attempts by the prosecutor's office to openly interfere in the work of the executive branch," caretaker cabinet spokesman Anton Kutev said at a briefing at the Council of Ministers "in connection with the activity of the prosecutor's office in recent days."

"As you know, the new Director of the General Directorate for Combating Organized Crime (GDBOP) was summoned to the prosecutor's office exactly two days after his appointment, the new CEO of the State Agency forNational Security (DANS) a day after he was appointed, as well as the Deputy CEO of the State Agency Technical Operations (DATO), who was called for questioning a few days after the appointment of the caretaker  Interior Minister," Kutev told reporters.

He added that "last night was also summoned head of the "Cultural and Historical Values" department in the General Directorate National Police Mr. Angel Papalezov, who, according to unofficial information, has been under investigation for months for his contacts with indicted businessman Vasil Bozhkov who is hiding out in Dubai. According to Kutev, Papalezov’s apartment was searched, he was also questioned as a witness, without being charged initially.

Today, Papalezov was charged with participating in an organized crime group for trafficking antiquities and money laundering.

"We see how after breaking into the president‘s office, the prosecutor's office staff enter the Interior Ministry by force, which threatens to grow into an open war of institutions," he added, stressing the importance of statehood.

Kutev stressed that the government is concerned over the attempts to intimidate key security officials, as well as to delay or thwart checks in the Interior Ministry system.

"We call on all institutions to show common sense and work solely towards elevating the importance of law goverened state and order in the country," the cabinet spokesman said.

Finally, Anton Kutev expressed regret that he would not be able to take questions, but pointed out that he could not do so because it concerned the Interior Ministry and the Prosecutor's Office.