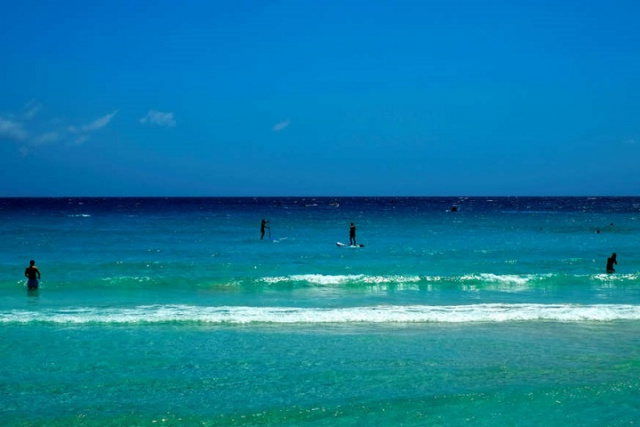 Every year, the European Environment Agency (EEA) compiles bathing water data gathered by local authorities across the 27 European Union member states, the United Kingdom, Switzerland and Albania – measuring levels of bacteria from sewage and livestock. More than two thirds of sites are coastal beaches, with rivers and lakes making up the remainder.

According to the European Environment Agency’s rankings for the 2020 swim season, Cyprus received a perfect score of 100% for excellent water quality at 112 swimming spots around the island, which were tested between May 1 and Oct. 31 last year.

Cyprus beat out Austria, Greece and Malta, which came in second, third and fourth.

Bulgaria’s coastal bathing waters remain up to the European Union’s mandatory standards, but the number of sites meeting the “excellent quality” standards recorded a drop in 2020, the latest European Environment Agency (EEA) annual report on the quality of bathing waters in the EU, released on June 1, showed.

Out of 96 bathing sites in Bulgaria, all but one met the “good quality” standards. The one site that was not classified was the Rossenets-Sever beach just south of Bourgas, which was a newly-identified location.

For a second year running, there were no sites that scored as “poor quality”. The Ofitserski Plazh in the port city of Varna, which was in that category for six years running and then was not classified in last year’s report, now was rated as “good quality”.

There were also no sites rated as “sufficient quality”, down from four in last year’s report.

Bulgaria’s share of “excellent quality” bathing waters was the third-lowest registered in the EU in 2020, when 82.8 per cent of all the bloc’s bathing waters met such criteria, two percentage points lower than recorded a year earlier.

A further 10.2 per cent of the EU bathing waters scored as good or sufficient quality, while 1.3 per cent scored poorly and 3.7 per cent could not be properly assessed due to insufficient data.

Virginijus Sinkevičius, European Commissioner for environment, fisheries and oceans, hailed the report’s findings and said: “This is the result of more than 40 years of Bathing Water Directive, hard work by dedicated professionals and cooperation. The Zero Pollution Action Plan adopted in May will help to keep the waters healthy and safe and our seas and rivers clean.”