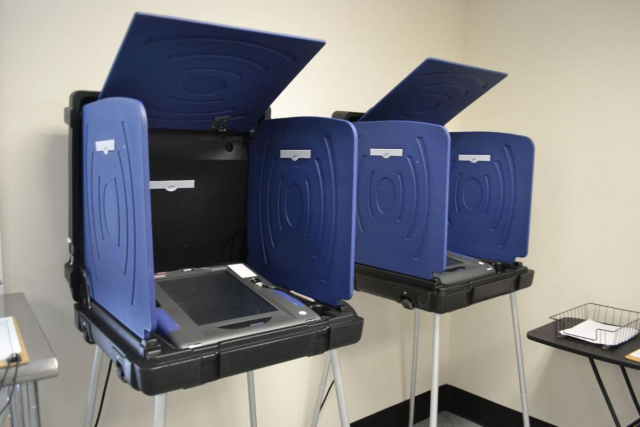 In the experimental test voting with machine, conducted by the CEC in the village of Dobroslavtsi, just 36 people managed to vote in one hour.

The result was significantly lower than that achieved in Sofia on May 27 - then a total of 75 employees of the National Assembly managed to vote with a machine for one hour. According to sociologist and CEC spokesman Cvetozar Tomov, the differences are due to the different profile of voters.

The experiment, in which a total of 97 people took part - 41 men and 53 women - shows that people aged between 30 and 39 were the fastest to vote - they voted in an average of 49 seconds.

The youngest, as well as for people at the age of 60 needed about a minute. Voters from the age of 60 and above were the slowest - the time from receiving the smart card for the machine to its return is extended to 1 min and 36 seconds. In all age groups under 60, the time necessary is relatively the same.

"This is a very encouraging result," Tomov commented. According to him, the most critical is the group of people over 60 with lower than secondary education, as they are the slowest to deal with machines.

People with lower education are also slower - their voting time increases sharply to 2 minutes and 12 seconds, unlike graduates who vote on average for about 1 minute.

"The effect of getting to know the machine is saving about 18 seconds," said Tomov.

For voters who have previously used voting machine, the voting time is reduced to 1 minute, while for those who are voting with a machine for the first time, it takes about a minute and 18 seconds.

Nevertheless, the results of the experiment show that nearly 50 percent of the participants in Dobroslavtsi managed to vote in less than 45 seconds.

"This pace is really achievable, but for people who have experience with machine voting and are relatively well educated," Tomov added.