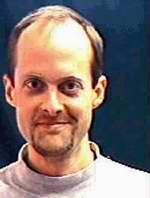 Robert Phillips is a political science professor at the American University in Bulgaria. He has been teaching at AUBG since 1991.

Q: Can a war in Iraq be seen as part of the "war on terror"?

A: Very few policy decisions are driven by an complete and objective understanding of an issue. When we can make these types of decisions, they are usually very small, focused, technical decisions.

Foreign policy decision makers make complex policy decisions by a combination of the available evidence and their belief systems. What is important to answer your question, then, is not if a war in Iraq is objectively part of a war on terror. The president and some members of the Bush administration are convinced that it is. They have connected it in their minds, whether based on evidence that others would find sufficient or not. Reasonable people can differ. There are certainly other reasonable decision makers in the US and around the world who see little or no connection.

Q: The US has committed thousands of troops to the Gulf region to back up its threat of military action. In your opinion, will the United States take action without the UN support?

A: From what I understand about President Bush's decision style, I would say that he is a man who usually acts sincerely upon his convictions. Given this, he most likely will. He has the support of several other states in Europe, so he can state that it is a multilateral action.

Q: What are the risks of going to war against Iraq?

A: The deaths of many average people in Iraq who are just trying to live their own lives and are caught up in these events is a certainty. Other than that certainty, the reaction of other average people in several other states in the region is less certain.

What will be key is the number of demonstrators on the streets in these other countries. If these people stay on the streets for more than three-four days in mass demonstrations, then some other governments will come under severe pressure.

Q: Can you project when a war might start and how long it will last?

A: Sorry, that is a question for military planners.

Q: Do you think there might be serious consequences from the diplomatic rift between the United States and Great Britain on the one side and Germany and France on the other?

A: No, not really. The trans-Atlantic relationship is not going to be seriously damaged by one event--even an event as serious as this one might be. The many ties that bind are simply too strong. In the long term, however, some lessons are likely to be learned on both sides of the Atlantic. Parts of American society and government will begin to become even more comfortable with acting more unilaterally, while parts of European society and government will seek closer security cooperation to lessen their reliance on the US.

Q: The Iraqi charge d'affaires in Sofia told novinite.com that the US wants war for the Iraqi oil?

A: The primary purpose behind this decision appears to be driven by the conviction within the Bush administration that the current Iraqi government is a threat. At the same time, no policy decision is made without considering other issues as well. Complex decisions are complex precisely because they have many different dimensions--they touch many aspects of life. Many commentators in the US press have certainly argued that this is a dimension of the issue, but it is not the issue by itself.

Q: Do you think that a probable military operation in Iraq will encourage anti-American moods in the world?

A: For still other average American people who are just trying to live their own lives, they are likely to encounter stronger anti-American moods.

Q: As an American do you favor war against Iraq?

As a social scientist, I would say that wars often unleash forces that we really cannot predict. While military victory may be certain, winning a war does not happen with the ending of military hostitilites. Military action that is not accompanied by real, substantial support afterwards is unlikely to achieve its initial goals.