Rumen Tsanev: Bulgaria Should be Proud Not to Clone People 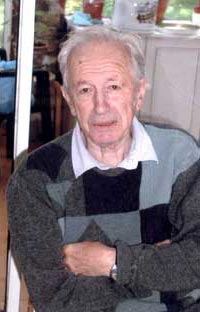 Prof. Rumen Tsanev is founder of the Institute of Molecular Biology, whose director he was until 1993. He graduated from the Medical Faculty of Sofia University and obtained training in Biochemistry and Molecular Biology in Budapest, Moscow and Paris-Saclay. He has published over 200 scientific papers, mostly in international and national meetings. His major scientific interests are biochemistry of nucleic acids, regulatory role of genetic networks. At present Professor Tsanev continues his active research in the Institute of Molecular Biology where he is also member of the Scientific Counsel of the Institute. Overseas Fellow of Churchill College in Cambridge (69-70), elected a full member of the Bulgarian Academy of Sciences.

Q: What is your opinion concerning the announcement that Clonaind Company has already succeeded in cloning two babies?

A: As many other people and as a scientist I don't believe these babies have been cloned unless I see the proofs of it. There might be many, many reasons for announcements such as these, which are pure propaganda. It is a fact that independent investigators have not been allowed to take DNA, see the babies or the donors of the cells.

Unlike some countries, where it is illegal to clone a human, Bulgaria has no legislation on that issue. This is the reason why Dr. Shterev says he is ready to clone a Bulgarian but there is no law to permit this. We touch on the question of the cloning technique, which is not so simple as it is presented in many publications. It took Dr. Ian Wilmut‘s team ten years to discover the details needed in order to succeed. The technique involves more than just eliminating the nucleus of the ovocite and putting the nucleus of a somatic cell. Scientists in many countries have already done cloning of different animals. The technique exists, but there are many risks concerning the individual cloned. I would like to stress the problem of the risks for the individual and the risks for the population, which is created by successive cloning.

There are many experimental data, which show that the mortality of the cloned embryo in the uterus is ten times higher than that of the embryos, fertilized by sperm, while mortality after birth is three times higher. There are other and even more serious problems. One of them is the somatic mutations, which occur constantly in our cells. These mutations are eliminated by a mechanism in our organism, so that they are not transmitted to the reproductive cells. When you take a somatic cell, you do not know whether there is a mutation, some of which may lead to cancer. Have you the right to condemn such an organism to cancer or other serious deceases?

There is another non-ethical aspect involved in this issue and it is that the life of the cloned organism will be shorter. The ends of the chromosomes have a special structure, the telomeres, and there is an enzyme telomerase, which during the embryonic development and the growth of the organism is active and replicates the ends of the chromosomes. In the grown-up organism this enzyme is blocked. It is reactivated only in the cancer cells. After every cell division the ends of the chromosomes are shortened until they reach a gene, which is important for the survival of the cell and the cell dies. The more divisions the cell has undergone, the shorter the life of the cell. Taking the nucleus from the cell of an adult organism that has already undergone so many divisions indicates that the cloned embryo will already have the age of the old organism. These are the three main risks that science until now has not overcome.

Q: Let's suppose that science manages to overcome these problems and a line of clonings is obtained...

Q: Why do you think people are so excited about cloning?

A: I have been asked by mothers, who have lost their children but have preserved their hair whether it is possible to reproduce their children. The answer to such a question is that this is not possible and now I will present the proofs.

The expression of genes is a process affected by many factors. The genome, a network of genes interacting with each other, gives rise to a set a proteins, which determine the morphology and functions of the organism. The genes fix some limits, within which the morphology and the functions may vary. In fact many factors affect the synthesis, which makes a difference. That's the reason why two individuals cannot be identical because of many difficult to control factors, which determine the details.

Let's take for example the brain. It consists of billions of neurons, interacting with each other. These interactions, the establishment of synapses does not depend only on the genes but also on external influences. With humans, these influences, especially the effect of the second signal system, are very important. There are no two people even with the same genetic material who can have the same brain, intellectual potential, ego or character. This is also proved by experiments on animals. Before Dolly the team of Ian Wilmut had produced four rams. They have been produced with the same genetic material but it was taken from embryonic cells. This is the difference between Dolly, which was made with a nucleus of an adult animal. Despite the same genetic material, they were different by morphology and by character. Many people will be disappointed to find out that to produce their exact copy is not possible. Even single -egg twins are not the same.

Some companies offer their clients to reproduce their loved cats or dogs. The female has two X chromosomes, one of which should be inactivated. And this happens at random. This is the reason why in some animals in different parts of the body different X chromosome is inactivated and this gives different patches of the skin and the hair. The authors of "The Second Creation" write that it is better to go to the zoo shop if you want an animal similar to your pet.

Q: Some Bulgarian scientists said they could clone humans in Bulgaria just days after the birth of two cloned human babies was announced. How would you comment on that statements?

A: We shall not be proud of cloning, we should be proud not to go and clone people. Nature seems more intelligent and this is against nature. This is not a question of law because many laws are neglected. Science cannot be stopped by law, but people have to understand well the risks of such a cloning.

Q: Religions took a stand against cloning. What do you think are the nonethical aspects of the issue?

Q: The nonethical aspects come from the risks of cloning. Religions say that God has made man from the earth and has induced spirit in him. Nature has created life from inorganic matter. We do not know how this has happened in the evolution. Replace God with Nature and you get the same. Religions say cloning is against God, what I say is that cloning is against Nature.