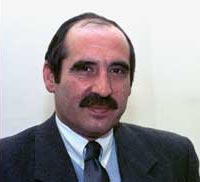 Q: What do you think is the role of the international conference Bulgaria-Dream Area for the development of tourism in the country?

A: The outcome from last year's edition Bulgaria-Dream Area was very positive. After the first conference, people I met said: "Well, you organized an excellent event..." People share experience at such conferences. They also have individual meetings. During the coming days, representatives of the biggest airlines, leading hotel chains, advertising businesses and others will meet at the conference. That is why Bulgaria - Dream Area offers wonderful opportunity for contacts.

Q: You will participate in a round table with the tourism ministers of seven South East European countries. How do you see tourism cooperation in the region? Do you expect concrete results from the meeting?

A: I do not expect concrete projects to be negotiated during the meeting. However, we have reached certain progress on the issue. As you know, the idea for closer cooperation between Bulgaria and Greece was launched in October during the Fourth Southeast Europe Economic Forum, followed by a meeting of the tour operators associations. A second meeting took place in Greece. I hope that setting regional cooperation as a necessity at governmental level will stimulate the business circles to initiate closer contacts. I hope that all participants on behalf of the state authorities will back the regional cooperation idea. Then the process of integration and regional cooperation in tourism will no longer be just a wish of a certain country and we will witness specific actions. I hope that we will organize a Balkan conference on tourism, during which the business to propose its products.

I think that this cooperation is highly necessary especially in light of the Olympic Games in Greece, which are kind of a catalyst of these integration processes. All of us, Turkey, Bulgaria and Romania will strive at using the Olympic Games for the development of tourism. It would be most successful if we work together instead of working on our own. I am happy that the relevant authorities in the Balkan countries share this understanding.

Q: As you said, the Olympic Games in Greece is an important for Bulgaria's tourism event? Can you be more specific as to how Bulgaria will benefit from this event?

No one, though, can offer us more tourists. We must "win" these tourists. I repeat that the Games are our chance - trips before the Games, during the Games, after the Games..... Regional cooperation and a joint product will help all countries to benefit. An American, Japanese, Western European who comes to Greece, would love to visit Bulgaria, Turkey, Romania also. A program offering trips in the Balkan countries is much more attractive than that offering trips in only one Balkan country.


Q: For the first year ever, budget 2003 allotted funding for the promotion of Bulgaria. How will this funding be utilized?

A: Today (editor's note: Wednesday), one of the co-organizers of the conference Bob Miller said that it is very important, Europeans, Americans, Japanese, Chinese to understand where Bulgaria is situated. I agree completely with him. Naturally, that cannot take place for one year. I think that investment in promotion is investment in the future. The effect from this investment can be expected next year or later. However, we have to understand that investment in promotion is very important and we have to work hard in that field.

The restructuring of the national advertising system is very important. The newly established agency that promotes Bulgaria should be both an active advertising organization and a body able to attract the private capital to invest in the national. Our aim is with this minimal funding of some BGN 6 M allotted in this year's budget to coordinate through the new structure Bulgaria's promotion by the public and the private sector. I am convinced that in this case, the amount of the funding is not as important as the governmental policy for coordination of the promotion.

Q: How should Bulgaria's promotion message be changed?

A: This is a very hard question. We discussed it with specialists. It is very difficult to find the word that unites everything that makes Bulgaria unique. It will be hard to find a message that will be attractive, easy to remember and with the necessary content.


Q: 2002 was a very successful year for the Bulgarian tourism. What are your projections for 2003?

A: I am an optimist. Let see how things will go at the first bourses. From the conversations that I have had so far with the tour operators, I can say that all of them plan a successful year.