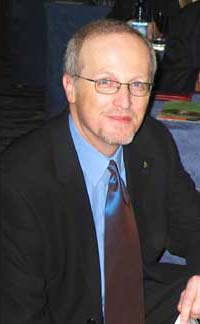 Tim Williams is president of R&R Partners, one of the top 100 advertising agencies in the United States. R&R Partners is most noted for its successful 22-year partnership with the Las Vegas Convention & Visitors Authority, during which the agency has helped make Las Vegas one of the top destinations and most recognized brand names in the world. Mr. Williams' career experience includes account management posts in New York and other cities at some of the world's largest and most respected advertising agencies, including Marsteller (Young & Rubicam) and Ogilvy & Mather. His account experience includes well-known names like Jeep, IBM, American Express, CBS Television Network, NBC News, Novell, Mrs. Fields, National Public Radio and the Corporation for Public Broadcasting. Most notably, he helped launch Compaq Computer Corporation, one of the most successful start-ups in the history of American business. Tim Williams spoke at the First International Conference on Tourism "Bulgaria Dream Area" (www.bulgariantourism.com) and will take part in the second edition of the forum January 9 through 11 in Bulgaria.

Q: What is the general perception of Bulgaria in the United States?

A: Americans have much lower awareness of Eastern European countries than those in Western or Central Europe, and Bulgaria is no exception. This is not only a carry over from the Cold War, but also a result of emigration patterns. Most Americans trace their ancestry to the United Kingdom, Western and Central Europe, so they are naturally more familiar with those areas.

Q: Bulgaria is often linked with many negative notions abroad. How would you recommend that image to be changed?

A: The point isn't that Bulgaria has a negative image; it's that Bulgaria doesn't have enough of an image. Most North Americans don't know much at all about the country. I also believe that Bulgarians may be too sensitive about Bulgaria's proximity to troubled regions in the Balkans. Most Westerners don't really associate Bulgaria with the recent civil wars in neighboring countries, because Bulgaria was never in the news. Again, Bulgaria isn't necessarily thought of negatively; it just isn't thought of enough. International tourists need to know more about the country and all it offers.

Q: What are the ways Bulgaria can become a more attractive tourist destination?

A: Actually, the potential for increased tourism to Bulgaria is tremendous. The Czech Republic, Hungary, and Poland have recently become popular tourist destinations because for many years these countries were inaccessible to Western tourists. Prague, Budapest, and Warsaw have all become "hot" because they present something new and different from the traditional destinations of Paris, London, and Rome. Bulgaria is in a position to do the very same thing.

Q: How can Bulgaria use the Olympic Games in Greece to attract more tourists?

A: Experience with the recent Winter Olympic Games in Salt Lake City shows that surrounding areas can in fact benefit from increased tourism. As a resident of Salt Lake City, I observed that many international visitors to the Olympics had made plans to visit surrounding states before or after the Games. Colorado, Wyoming, Idaho, and Nevada all made an effort to attract Olympics visitors to their states by building exhibits in downtown Salt Lake City during the Games and actively marketing to potential visitors.

Q: Are there similarities between Nevada / Utah and Bulgaria / Greece as Olympic neighboring states?

Q: You will speak at the second international tourism conference in Sofia? How do you think this conference helps the development of the tourism industry in Bulgaria?

A: In my opinion, the real benefit of the conference is that is raises the important questions that must be addressed for Bulgaria to realize its potential as a tourism destination. The conference creates a critical dialog between the government and travel providers, between operations experts and marketing professionals, and between investors and developers.

Q: You participated in the first international conference on tourism Bulgaria Dream Area last year. What were your impressions from our country then?

A: Flying in from Milan, I was actually struck by how much the geography of Sofia reminded me of my home in Salt Lake City - a high valley surrounded by snow-covered mountains. After I had the opportunity to explore Sofia, I was impressed most by the ancient history of the city and surrounding areas. I had already visited some 30 countries, including much of Europe, and I thought I had a good sense for the history of Europe, but I was quite amazed at the antiquity of Bulgaria. I think Bulgaria could do much more to capitalize on its unclaimed position as one of the cradles of modern civilization.

Q: Could you describe Bulgaria in three words?

A: Ancient, beautiful, and mysterious.