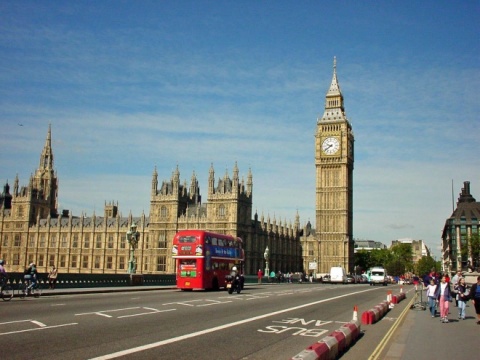 David Cameron is heading for a bruising confrontation with Tory MPs over immigration after a leading rebel pledged to press ahead with plans to defy EU law by imposing work restrictions on Romanians and Bulgarians in Britain.

Nigel Mills, who prompted Downing Street late last year to announce restrictions on benefits claimed by EU migrants, has said he still plans to table an amendment to the immigration bill.

Andrew Lansley, the leader of the Commons, has announced that the bill will be debated at report stage in the Commons on 30 January.

Downing Street hinted that a deal could be on the cards. Asked whether the government would accept any of the rebels' demands, the prime minister's official spokesman said: "We will look closely at the amendments that have been tabled."

Downing Street has dispatched John Hayes, its ambassador to the Tory right, to try to reach agreement with Mills and other rebels as ministers prepare for the report stage of the immigration bill. The bill had been held up after Sir George Young, the chief whip, told No 10 that it could not proceed until agreement was reached with Mills, who has won strong support on the Tory benches.

Mills, who met Young and Hayes at No 9 Downing Street this week, said ministers had still not gone far enough and that he was unimpressed with other amendments supported by No 10. Downing Street reached out to Mills before Christmas by announcing that EU migrants would have to wait three months before they were allowed to claim benefits.

Mills has revised his original amendment, which would have allowed Britain to maintain "transitional controls" on Romanian and Bulgarian workers. The controls, which imposed work restrictions on Romanians and Bulgarians after the two countries joined the EU in 2004, were lifted on 1 January.

Mills said a new version of the controls should be reintroduced until 2018 on the grounds that Romania and Bulgaria had failed to implement a series of commitments agreed under the terms of their EU accession treaties. This has placed Mills at odds with No 10, which argues that any controls on Romania and Bulgaria would amount to a breach of EU law.

The MP for Amber Valley said: "The government has made great steps on migration from outside the EU. There are many welcome measures on restricting benefits and charging for access to healthcare which are absolutely right.

"But fundamentally, at a time when we've still got 2.4 million people unemployed, a million youth unemployed, we can't just keep allowing large numbers of low-skilled labour to come in and take jobs our own people desperately need. We need to have some kind of restriction on stopping that happening. The economic problems we have are now. We need to fix it, we need to do something now. Clearly there is a need to get the future right as well. But the problem is now."

Mills has won strong support among Tory MPs who fear the party would be damaged if the prime minister fails to meet his target of bringing net migration down to the tens of thousands. The target is widely expected to be missed in part because of migration from the EU. Mills believes that his amendment would at least signal that the Tories are still committed to meeting the prime minister's original migration target.