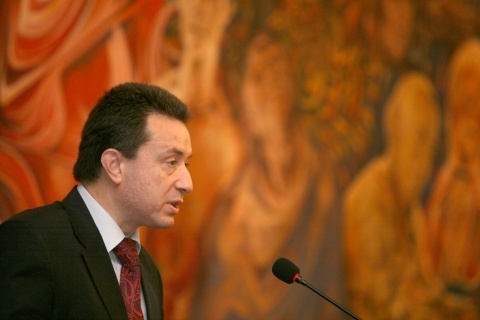 The ruling left-wing Bulgarian Socialist Party (BSP) has seen a number of positives in the European Commission's report, related to the work of the current government.

The EC published earlier Wednesday in Brussels its reports on Bulgaria and Romania under the Cooperation and Verification Mechanism (CVM). Prevailing comments are that the one on Bulgaria is strongly critical and the one on Romania – much more positive.

BSP stressed on words of EC spokesperson Mark Gray, who said the report included an overview of the achievements and shortcomings of three governments.

The Deputy Chairman of BSP, Yanaki Stoilov, explained that one positive was the discontinued in the last year attacks on the judiciary, coming from the executive power.

He explained that the above was within the frame of the main achievement of the Socialist-endorsed government – liberation from fear.

"We hope that this report will be taken seriously by the institutions. We must focus on improving separation of power. We have the needed legislation, now we need to use it more. Bulgaria must show will for reforms and undertake concrete steps, not just talk strategies," said Stoilov.

The Socialist did not deny negative assessments in the report, such as the appointment of controversial media mogul and lawmaker Delyan Peevski for Chief of the State Agency for National Security (DANS).

The left-wing admitted that Romania got better marks, but still insisted on the positive ones for Bulgaria.

Corruption and lack of results in the fight against it and the lack of effectiveness of the judicial system are persisting problems, BSP further notes.