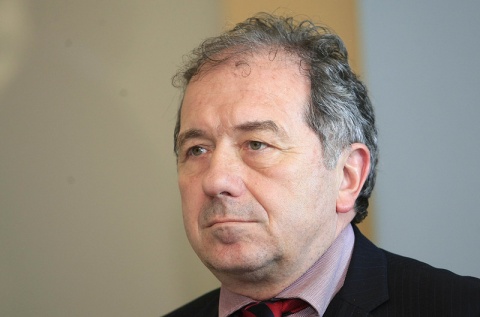 In the case of a decision to restart the Belene NPP project, Bulgaria's Nuclear Regulatory Agency can issue a license for the technical design of the N-plant in a week.

Lachezar Kostov presented Tuesday the work of the Agency in 2013.

He reminded that the decision to freeze the Belene NPP project, adopted by the center-right GERB government in end-March 2012, had come at a time when the nuclear watchdog had reached the final stage of approving the technical design of the Russian contractor of the N-plant project, Atomstryexport.

Kostov, as cited by mediapool.bg, reminded that the inspection of all parameters of the nuclear capacity had lasted over five years.

He announced that in the case of a decision by the government and Parliament to restart the Belene NPP project, the Agency would take no more than a week to state its approval and issue a construction permit.

As regards the plans of the government to build a seventh unit at the Kozloduy NPP using the АР-1000 model of US Westinghouse, he commented that the Agency could not interfere in the selection of the technology for the new nuclear capacity and could only come up with a pronouncement on the safety of the projects which it had been asked to approve.

"Our job is to say whether the selected technology is in line with the domestic standards and legal framework and the requirements of the European Commission," he declared.

He claimed that АP-1000 was modern nuclear reactor technology, adding that the issue of whether it was the safest one to use would be decided during the licensing procedure for unit 7 of the Kozloduy NPP.

He pointed out that the construction of the low- and intermediate-level radioactive waste storage facility near the Kozloduy NPP would be delayed due to the decision of the Supreme Administrative Court (VAS) from November 2013 identifying breaches of statutory requirements in the selection of a site.

The storage facility, which had to be completed in 2015, is worth EUR 72 M, allocated by the Kozloduy International Decommissioning Support Fund (KIDSF) to the State Enterprise Radioactive Waste.

The Nuclear Regulatory Agency also reported that a total of 13 breakdowns had been registered in 2013, all of which had concerned industrial, not radiation safety, and all of the events had been at Level 0 of the international scale.