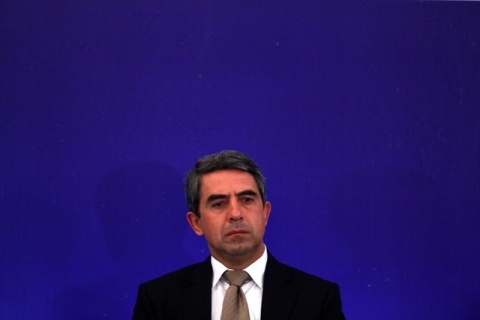 Bulgarian President Rosen Plevneliev's legal team has failed to formulate a request that is adequate for consideration by the Constitutional Court. Photo by BGNES

Constitutional judges voted 8-3 (with 1 absentee) for their ruling, which declares Plevneliev's request as inadmissible for consideration.

The motives for the decision are expected to be officially published later Tuesday or Wednesday.

According to sources quoted by the website legalworld.bg, judges who voted in support of the ruling have done so in groups using three "different, even mutually exclusive" lines of argument.

The so-called Peevski case moved to the center of Bulgarian political life June 14, 2013, when Parliament unexpectedly elected the back bench liberal Movement for Rights and Freedoms MP as chair of Bulgaria's powerful State Agency for National Security (DANS).

That same day, thousands walked out in protest on the streets of Bulgarian capital Sofia, outraged at the election of a person alleged to sustain murky business ties and known to control a powerful media group.

Peevski resigned on the very next day, but anti-establishment protests continued, further fueled by Parliament's June 19 decision to reverse Peevski's election as National Security head, thus in effect reinstating him as MP.

Some Bulgarian legal experts and political activists have argued that this move is plainly unconstitutional, as Peevski had already assumed a position incompatible with that of a deputy.

Opposition center-right GERB party has already filed a request with the Constitutional Court regarding the matter, but the Court has dismissed it, with 6 judges voting "against", 5 "for" and 1 deeming the request inadmissible for consideration.

The irony is that according to Justice Tsanka Tsankova, GERB's request was inadmissible, as it asked to strip Peevski of his MP status - a status she argued he had relinquished upon choosing the DANS chair position.

Bulgarian President Rosen Plevneliev had vowed to formulate his request in such a way that it would not be able to be circumvented via formal arguments.

However, this is precisely what appears to have happened in the Constitutional Court's Tuesday ruling.

The Bulgarian President asked the Court to rule whether Parliament can annul its decision.

Plevneliev also asked the Court to formulate a binding interpretation of the Bulgarian Constitution's provisions regarding the termination of an MP's powers upon his or her election to an incompatible position.