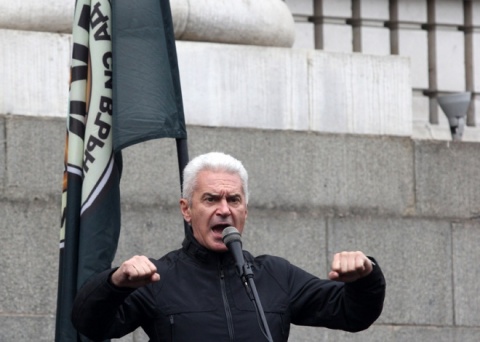 The Pressa daily reports that both the opposition GERB party of former PM Boyko Borisov and the ruling Movement for Rights and Freedoms would vote in favor of lifting the immunity of the notorious ultranationalist.

GERB and MRF hold a total of 131 seats in Bulgaria’s 240-seat Parliament.

The Bulgarian Socialist Party, MRF’s partner in the ruling coalition, is yet to announce its stance.

Last week, Siderov verbally assaulted a French cultural attach? during a Sofia-Varna flight and later attacked a passenger and a police officer in a Varna airport shuttle bus, according to witnesses.

The incident prompted Chief Prosecutor, Sotir Tsatasarov, to ask the Parliament to lift his immunity as lawmaker.

Siderov’s extremist party Ataka (Attack) holds 23 seats in the Bulgarian parliament and has so-far provided key support for the minority government of the Bulgarian Socialist Party and MRF.