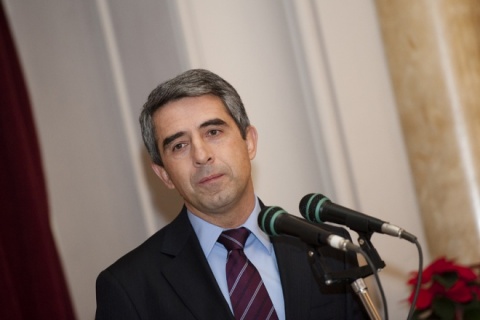 "The 20% RE tax introduced on 1 January, 2014 contravenes the fundamental constitutional principles of a free enterprise," Plevneliev's official press center informed.

President Plevneliev insists that the fee levied on solar and wind energy producers will create different legal conditions for the businesses.

"The producers of hydro-power, biomass, as well as the businesses selling energy to the state at preferential prices will not be levied 20% revenue tax," the official statement of President Plevneliev said.

He suggested that the fee would have a dramatic impact on the business climate in Bulgaria, and will put current investments and jobs at risk.

Plevneliev stressed that the tax had been adopted amid a lack of transparency.

The tax was proposed by Volen Siderov, leader of the nationalist party Ataka, as an amendment to the Renewable Energy Sources Act during the second-reading vote on Budget 2014 by the parliamentary committee on budget and finance.