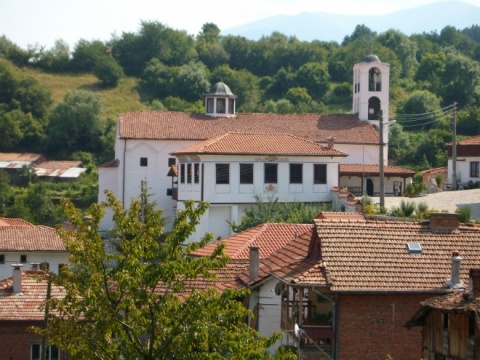 Branits Bishop Grigoriy and Melnik Bishop Serafim have been elected finalists to run for the post of Nevrokop Metropolitan in Bulgaria.

The results were announced by the Vidin Metropolitan Dometian who was temporarily in charge of the Nevrokop eparchy after Metropolitan Natanail passed away in November 2013 and vacated the post.

Serafim has garnered 30 votes out of 30 possible, while Grigoriy has 28.

Minutes before the announcement of the results, laity waiting outside was allowed in the yard of the eparchy in the southwestern town of Gotse Delchev.

Despite reported turmoil days before the vote, the news about the finalists was met with thundering applause. People are quoted in saying that this was one of holiest days for their town.

On January 19, the Holy Synod, if it deems the Sunday vote canonic, is going to elect the Nevrokop Metropolitan between the two finalists.