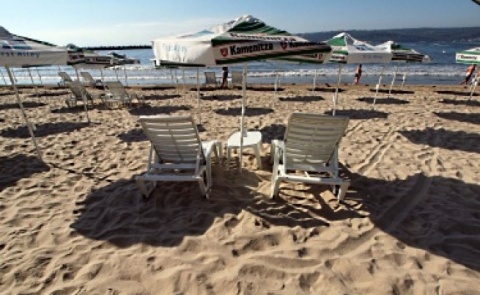 Bulgaria's tourism sector expects growth by around 2% in 2014, according to Rumen Draganov, head of the Institute for Analysis and Assessment in Tourism.

Draganov, as cited by the Focus news agency, explained Friday that Bulgaria's tourism industry was gaining predictability and stability, adding that the standard growth rate in Europe and across the world amounted to 2-3%, in line with EU inflation trends.

He reminded that Bulgaria had anticipated a growth rate of 4-5% in tourist numbers in 2013, as well as an increase by 2-2.5% in tourism revenues.

"Taking into account that for years on end Bulgaria achieved growth rates of 30%, 25%, 10%, 7%, etc, we have reached quite large numbers of tourists and rates of tourism revenues on the basis of  the technical conditions we offer such as accommodation capacity, infrastructure, etc" Draganov explained.

He pointed out that the lack of spikes to the tune of 30% and 25%, which had been registered in 2004-2008, meant that the sector was becoming more sustainable and an overheating of the system would be avoided.

He reminded that Bulgarians were affected by unprecedented negative campaigns launched due to the abolition of restrictions to EU labor markets, the most notable examples being the UK, Germany and the Netherlands.

He stressed that the negative publicity related to the lifting of work restrictions undermined the efforts to create a positive image of Bulgaria's tourism industry.

Draganov recommended launching a massive advertising campaign to oppose the labeling of Bulgaria and Romania as the poorest EU countries which many people were eager to leave.