Turkish President amid Scandal: Separation of Powers Is Essential 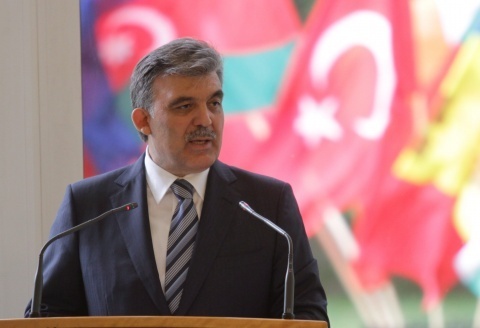 Turkey's President Abdullah Gul has voiced his staunch support for the separation of powers in his country.

Thursday President Gul delivered a speach during a visit to a military academy in Istanbul.

"The rule of law is based on the principle of separation of powers," said the Turkish head of state.

"The powers and responsibilities of each institutions must be clearly known - the country must be ruled by a harmonious and balanced system," stressed Gul.

The Turkish President's statement comes against the backdrop of a serious political crisis that has shaken the country after a high-profile corruption probe forced PM Recep Tayyip Erdogan to replace close to half of his cabinet.

While Erdogan has dismissed the investigation as a plot orchestrated to illicitly force him out of power, opposition leaders have retorted by criticizing the executive over its alleged efforts to pressure the judiciary and hush down the probe.

The controversy also once more raised the question of the role of the Turkish army in the country's politics, even though in a special release Turkey's armed forces stated they have no intention to interfere.