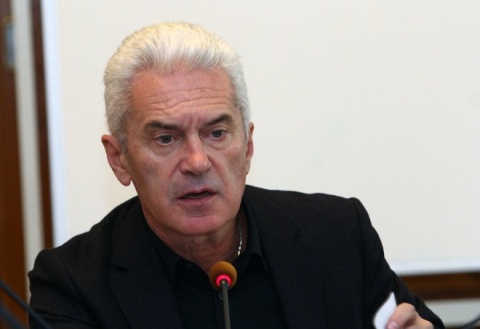 Some 50 people has gathered in Bulgaria’s capital Sofia to express their support for notorious ultranationalist leader Volen Siderov, who faces losing his MP immunity.

Siderov, an MP and leader of the extremist Ataka party, triggered a scandal late on Monday by verbally assaulting a French cultural attach? during a Sofia-Varna flight and later attacking a passenger and a police officer in a Varna airport shuttle bus. He is now investigated for hooliganism and causing slight bodily harm.

The pro-Siderov demonstration was staged Wednesday in front of the Palace of Justice in Sofia.

At least 50 police officers were deployed to safeguard the rally, according to news agencies.

A rally demanding adequate punishment for Siderov’s actions was scheduled to begin at 1 pm EET in Sofia.