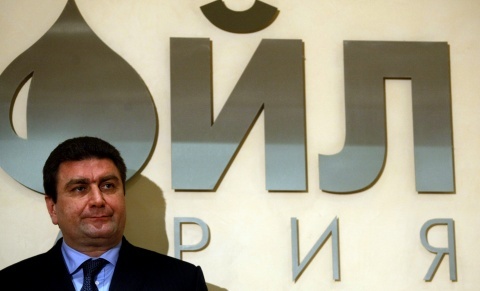 Lukoil’s Bulgarian subsidiary has secured a USD 570 M line of credit to finance the modernization of the Black Sea Burgas refinery and add a hydrocracking unit to boost refining output.

Lukoil Neftochim Burgas, the largest income-generator in Bulgaria, plans to complete the refinery modernization by the end of the year, with testing set to begin in 2015, making it only the 10th hydrocracking unit in the world and the largest in Eastern Europe.

Five international banks have approved a total of USD 570 M in credit for the project, which will allow the refinery to increase output of Euro 5 diesel fuel by 1.2 million tons per year.

The new output will also allow the refinery to halt the production of high-sulfur fuel oil.

The planned hydrocracker unit, which should be commissioned in January 2015, will have a capacity of 2.5 million tons per year, while the first phase of procurement contracts for the project will be worth some USD 1.2 B.

Similar facilities exist in the US, Canada, Mexico, Japan, Kuwait and Poland.

The upgraded refinery will give Bulgaria the oil refining capacity in Southeastern Europe, and make the refinery the largest industrial undertaking in the country.

It has not all been smooth sailing for Lukoil in Bulgaria, which saw the Bulgarian Customs Agency in March 2013 revoke the operating license of Lukoil Bulgaria EOOD over failure to install measuring devices on its tax warehouse connected to the main pipeline transporting fuels from the Burgas refinery to the capital, Sofia.

A similar incident occurred in 2011, but after a protest note from the company, the court overruled the Customs decision.