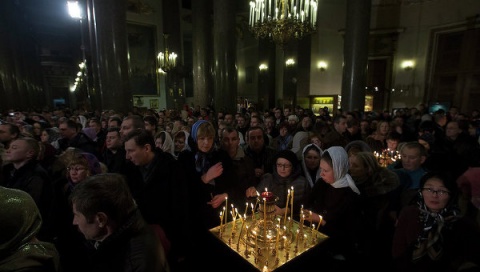 Tens of thousands of people have flocked to churches across Russia Tuesday, January 7, in celebration of the major Christian holiday Christmas.

While churches that espoused the Gregorian calendar - including the Catholic Church and the protestant churches - are celebrating Christmas on December 25, many Christian Orthodox churches are marking the feast according to the Julian calendar.

Those include the Orthodox Churches of Jerusalem, Russia, Ukraine, Serbia, Macedonia and Georgia, among others.

The Bulgarian Orthodox Church celebrates the birth of Christ on December 25.