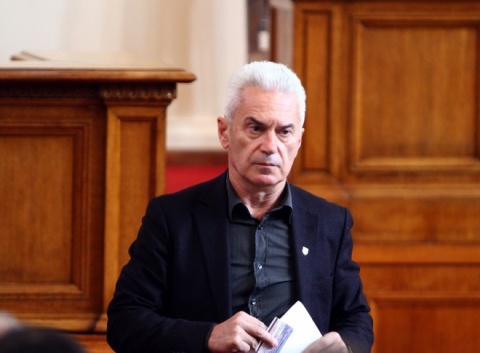 Siderov, an MP and leader of the extremist Ataka party, triggered a scandal late on Monday by verbally assaulting a French cultural attach? during a Sofia-Varna flight and later attacking a man in a Varna airport shuttle bus. The shuttle bus incident resulted in a scuffle in which two men, including a police officer, were allegedly injured by Siderov and his entourage.

The ultranationalist, who is now investigated for hooliganism and causing slight bodily harm, refused to give up his MP immunity on Tuesday.

“A French diplomatic employee has become the victim of insults and threats on behalf of a Bulgarian citizen, in an obviously intoxicated state, during a Bulgaria Air flight from Sofia to Varna on the evening of January 6,” the French embassy’s statement says.

The French embassy and the French Interior Ministry are now collecting information on the incident.

Siderov has been involved in a number of scandals over the last few years. In 2010, he was detained in Germany after he hurled racist insults at the attendants of a Lufthansa flight.

In September, he and a group of Ataka MPs stirred a row in a renowned Brussels restaurant.

Even though it is not officially in power, Siderov’s anti-Western party remains a key ally of the country’s fragile Socialist-led coalition government. -