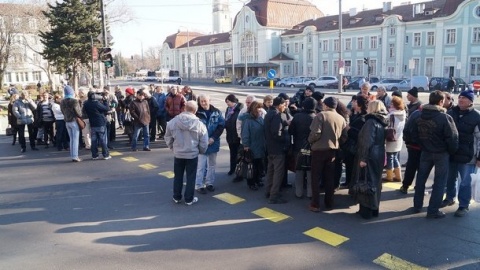 Over 60 workers made redundant by the Burgas shipyard staged a protest and a 15-minute road block on Sunday over unpaid salaries and compensations.

During the road block of the Ivan Vazov Street, near the city's railway station, only public busses were allowed to pass.

The protesters demanded that the new management of the company pay them the unpaid salaries and compensations, according to reports of the Bulgarian National Radio (BNR).

The Burgas shipyard owes around BGN 4000-5000 in unpaid salaries to a total of 150 redundant workers.

The laid-off workers have registered with the local labor office and each of them has initiated a lawsuit over the unpaid salaries and compensations.

At 8 am on Monday, protesters are to meet with the new executive director of the company, Deyan Marinov to learn about the plans of the new management.