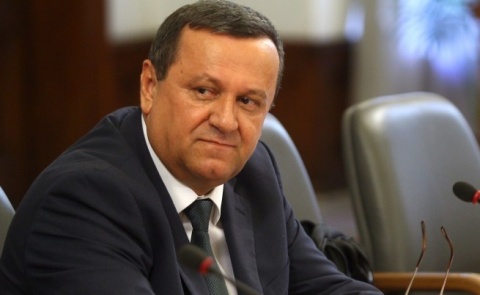 Hasan Ademov, Minister of Labor and Social Policy, has cautioned that Bulgaria may face a situation where it is no longer able to pay even the current low pension rates.

"If we have problems on the labor market and we persist with early retirement, we will reach the situation where we are unable to pay even these low pension levels. Freezing the retirement age and the number of years of service are measures which will contribute to an increase in the deficit, we have to preserve the financial stability of the pension system and schedule the different measures within a time frame," Ademov explained in a Friday interview for private TV station bTV.

He argued that the pension system had been used to solve problems in other sectors in the past few years, thereby calling into question the fiscal stability of the country.

Ademov also informed that a total of BGN 8.1 B went to pensions a year, of which BGN 5 B were raised through taxes, not social security contributions.

Asked to comment on the discrepancies in the stances of the Bulgarian Socialist Party (BSP) and liberal party Movement for Rights and Freedoms (DPS) on changes to the flat tax rate and early retirement options, he said that the program of the socialist-led government did not envisage the changes requested by BSP.

"It is plain to see that there is no agreement on this issue between the two parties, the discussion continues in the search for the best solution," Ademov declared, adding that the best scenario included a transparent and predictable tax system and that sudden changes were undesirable.

Bulgaria's Minister of Labor and Social Policy underscored that the program of the government included policies on which the parties had reached agreement.

He also explained that experts would keep working to develop a formula for increasing the minimum wage which did not depend on political decisions and was based on objective criteria such as average wage, inflation rate, and poverty line.

On Saturday, socialist leader Sergey Stanishev made clear that BSP would propose that monthly incomes of over BGN 2700 be taxed at 15% as of 2015.

He vowed that the socialist-led coalition government would adopt differentiated taxation by the end of its term in office, adding that the richness threshold would be opened up to public discussion.

On Thursday, Yordan Tsonev, DPS MP and Chair of Bulgaria's parliamentary budget committee, declared that DPS would not back the proposal to impose a 15% tax rate on monthly incomes over BGN 2700 as of 2015.