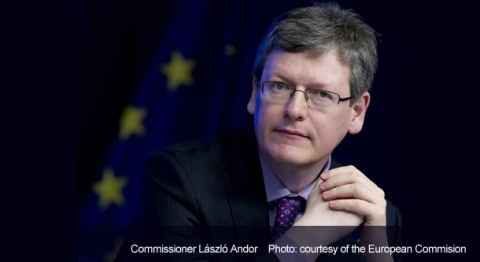 Laszlo Ander, the EU Commissioner for Employment, Social Affairs and Inclusion, has tried to assuage UK fears of mass migration from Bulgaria and Romania, as EU opened fully its doors for their workers.

“It is unlikely that there will be any major increase following the ending of the final restrictions on Bulgarian and Romanian workers,” he said in a statement.

The commissioner pointed out that more than three million Bulgarians and Romanians have already left their homelands for parts of Europe where there are better job prospects – but they have not come to the UK.

He added that there are two million unfilled job vacancies in the EU, reinforcing the case for allowing EU citizens to move across borders to search for work.

“The free movement of people has been one of the cornerstones of EU integration,” he claimed.

“This right is one of the most cherished by Europeans, with over 14 million of them studying, working or retiring in another EU state.”

As of January 1 2014, Bulgarians and Romanians  are able to work anywhere in the European Union as the last of their membership restrictions are lifted.

Austria, Belgium, France, Germany, Luxembourg, Malta, Netherlands, Spain and the UK will no longer be allowed to bar citizens from the two countries from coming to work.

The 7-year restrictions, imposed from the moment Romania and Bulgaria joined the EU in 2007, were the longest permitted under EU rules, meant to allow national labor markets a transitional period.

However in the meantime there has been a rise in anti-immigration parties in several member states while the EU as a whole has seen record-high unemployment rates.

It is Britain, which has been panic stricken over Bulgarian and Romanian immigrants.

But experts say expectations of massive immigration from the two countries are likely unfounded.