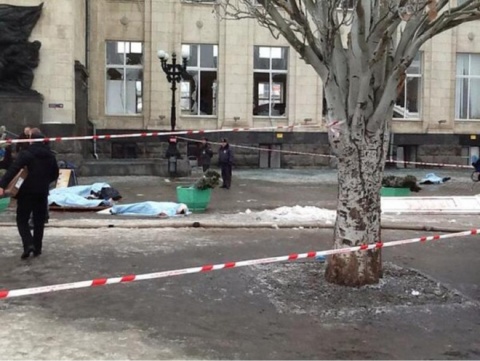 Russian transport police Senior Sergeant Dmitry Makovkin, 29, killed on the line of duty in Volgograd has been awarded posthumously with a Medal of Courage.

Makovkin perished on site at the railway station while stopping the suicide bomber from advancing further and preventing a much higher death toll.

"When the suicide bomber saw the metal detector frame and saw the policemen on duty as she entered the railway station, she got nervous and her behavior seemed suspicious to the policemen," Interior Ministry spokesman Andrei Pilipchuk told TV Rossiya-24.

Makovkin started in the direction of the bomber at a fast pace and at that moment the explosion rang. He will be buried on Wednesday.

Russian media reported meanwhile that according to preliminary information the suicide bomber was a Russian male, Pavel Pechenkin, who converted to Islam in 2012.