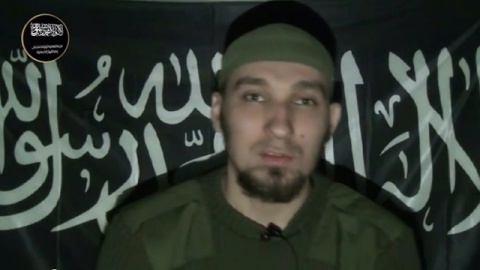 According to preliminary information, the explosion in a railway station in Volgograd, Russia, has been allegedly committed by a Russian man, named Pavel Pechenkin (or Pechyonkin)

The news was reported by a number of Russian media, including Interfax and Lenta.ru

According to sources of Russian media, Pechenkin, 32, was born in the town of Volzhsk in the Republic of Mari El.

He was a member of the Buinaksk ring operating in Dagestan and joined the Dagestani militants in spring 2012. He converted to Islam then and changed his name to Ansar Al- Rusi.

The Voice of Russia writes that when he joined the ring, he left a note for his mother on his laptop computer and has since then communicated with his parents two or three times via the internet.

"Pavel's parents - Nikolay and Fanaziya - came to Dagestan in September 2013 and searched for him in the town of Buinaksk and the suburbs. The search was unsuccessful and they made a video address to their son and returned home," a source is quoting in saying.

According to the parents, Pavel Pechenkin was an ER nurse in his hometown.

The suicide bomber will be definitively identified in DNA tests. Pavel's father, Nikolay, donated his blood for the DNA test on Monday morning.

The final death toll is still unclear with different media reporting between 31 and 33 fatalities.