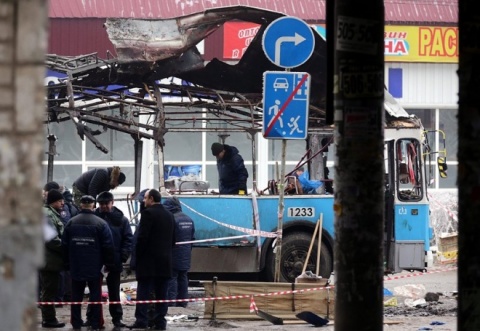 Two deadly attacks in Volgograd have raised the specter of terrorism in Russia -- and just weeks before it hosts the 2014 Winter Olympics. Photo by EPA/BGNES

The huge impact of the two deadly blasts in the city of Volgograd over just as many days may encourage militant groups to step up attacks in Russia in the run-up to the Winter Olympics in Sochi next February, according to Bulgarian experts.

“Terrorists act like communicating vessels – a terror attack at one place triggers panic among the locals and encourages others to strike too,” Nikolay Radulov told Nova TV channel.

“A series of terror strikes is a very dangerous trend. It sets the stage for more terror in the future, all the more so at this timing now, right on the eve of the New Year holidays. Every year Russia is hit by one or two powerful terrorist strikes and every time investigators come to the conclusion that that the suicide bombers come from the Caucasus region. This is what we call local terrorism.”

Russian authorities are also concerned militant groups could be ramping up violence in the run up to the the 2014 winter Olympic Games in the city of Sochi, which is due to start on 7 February.

An Islamist insurgency in the North Caucasus region has led to many attacks there in recent years.