US Overtakes Putin in Condemning Terrorist Bombing in Volgograd 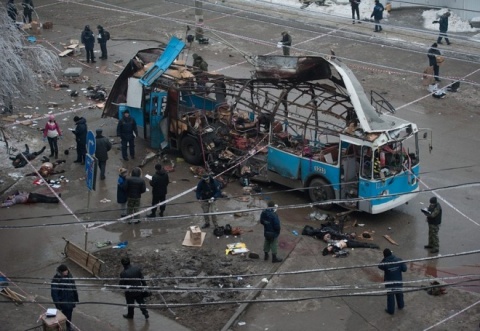 The blast took place at a busy time on a busy route. Photo by EPA/BGNES

US State Department has condemned the Volgograd attacks and sent condolences to the victims' families as analysts comment Putin's silence.

"The United States condemns in the strongest terms today's terrorist attack in Volgograd. We send our sincere condolences to the families of the victims and stand in solidarity with the Russian people against terrorism of any kind,“ reads a statement, published on the US State Department site.

At least 14 people have been killed in a suicide bombing on a trolleybus in the Russian city of Volgograd.

The blast came a day after 17 people died in another suicide attack at the central station in the city.

Security has been tightened at railway stations and airports across Russia.

Moscow is concerned that militants could be ramping up violence in the run-up to the 2014 winter Olympic Games in the city of Sochi in February.