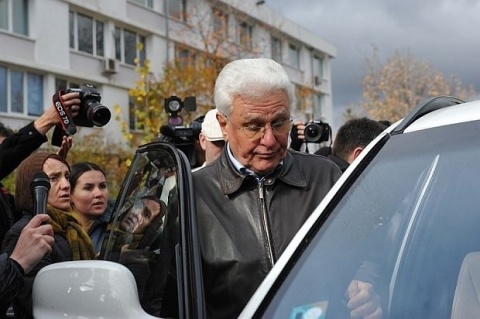 Sofia City Court magistrates ruled in mid December that Hristo Biserov should be compulsively brought to the courtroom to testify as a witness after his previous non-appearance. Photo by BGNES

Former Bulgarian lawmaker Hristo Biserov, who has been declared wanted in a nationwide search, has finally been handed court summons through his lawyer.

Hristo Biserov, former Deputy Speaker of the Bulgarian Parliament, who was charged with money laundering and document fraud, was declared wanted in a nationwide search in the middle of December.

A month ago Biserov, former Deputy Speaker of the Bulgarian Parliament, was spotted for the first and last time after the scandal broke.

Now he is obliged to appear as a witness in the case against Oktay Enimehmedov – the attacker of politician Ahmed Dogan, honorary leader of the Turkish party.

On January 19, police in Bulgaria detained 25-year-old Oktay Enimehmedov after he pointed a gun at the former leader of liberal party Movement for Rights and Freedoms (DPS) Dogan as he was delivering his resignation speech at a party conference in the capital Sofia.

Former MP of DPS Hristo Biserov has already missed several court hearings. Earlier in December, right before h was declared wanted, he could not be served a summons because he was not found at any of his addresses.

Sofia City Court magistrates ruled that Hristo Biserov should be compulsively brought to the courtroom to testify as a witness after his previous non-appearance.

Bisserov claimed that the compulsive appearance before the court must be revoked because of his hospitalization during the previous hearing.

Bulgarian politician Ahmed Dogan has been removed as witness in the trial against the man who pointed a gas gun at him earlier this year.

The former DPS leader asked to be removed as witness because of his ailing health.