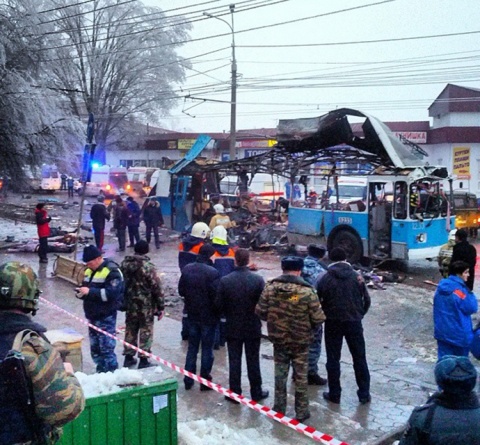 Video footage from the scene Monday showed the twisted shell of the blue trolleybus, with debris spread around it.

Images posted on social media websites minutes after Monday morning's deadly explosion on a trolleybus in Volgograd showed a burned-out vehicle and bodies scattered around.

A terrorist attack in the Russian city of Volgograd has killed at least 10 passengers on a trolley bus. The explosion comes a day after a suicide bombing in the city which killed 17 people and injured scores of others.

Health officials reported 10 fatalities in the Monday morning blast and 22 injured being treated in local hospitals. A one-year-old baby is reported to be among those injured.

In a conflicting report, Volgograd region Vice-Governor Vasily Galushkin said that 15 people had been killed.