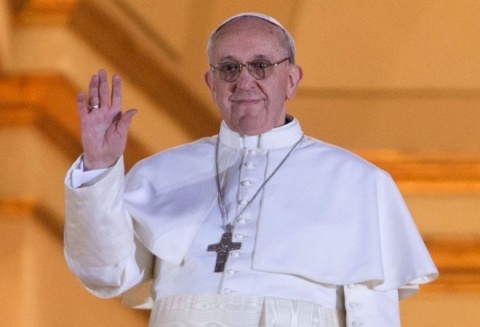 Francis has dedicated much of his nine-month-old papacy to drawing attention to the plight of the poor, of children, and other vulnerable members of society.

He noted that the first to receive news of Jesus' birth were shepherds, who in society were considered "among the last, the outcast."

In the world's history and our own personal history, Francis said, "there are both bright and dark moments, lights and shadows." He added "if our heart is closed, if we are dominated by pride, deceit, self-seeking, then darkness falls within us and around us."

Pope Francis quoted the Apostle John, saying "'whoever hates his brother is in the darkness'" and "'does not know the way to go, because the darkness has blinded his eyes.'"

The basilica ceremony was the pope's only public Mass for Christmas. On Wednesday, Christmas Day, Francis will deliver his Christmas message, meant for the world, from the basilica's central balcony overlooking St. Peter's Square.