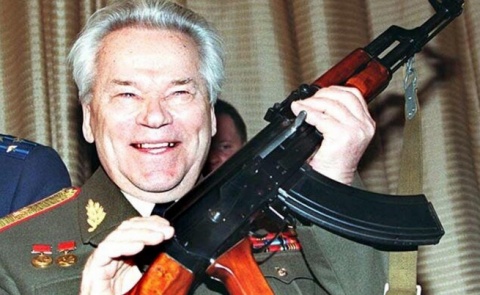 Mikhail Kalashnikov, the inventor of the AK-47 assault rifle, has died at the age of 94.

Kalashnikov was admitted to hospital with internal bleeding on November 17.

He died on Monday in Izhevsk, Udmurtia, where he lived, according to reports of the BBC News.

Mikhail Kalashnikov was born on 10 November 1919 in in the village of Kurya, Altai Territory.

The Russian assault rifle is currently used by the armies of over 100 countries.