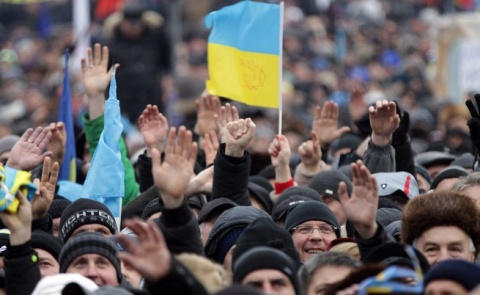 The Verkhovna Rada of Ukraine has adopted a law on the inadmissibility of the prosecution and punishment of all participants in the peaceful pro-EU rallies in Kiev.

On Thursday, a total of 339 deputies voted for the bill which had been submitted by Pavlo Petrenko.

The newly adopted bill stipulates the release of all participants in the pro-EU rallies in Kiev detained since November 21.

The document also envisages the closure of all criminal files against them, a moratorium on the opening of new files and cancellation of criminal records in relation to the participants, according to the Voice of Russia.

The series of mass rallies started in late November in response to the decision of Ukrainian President Viktor Yanukovych to back out of a free trade agreement with the European Union and seek closer ties with Moscow.