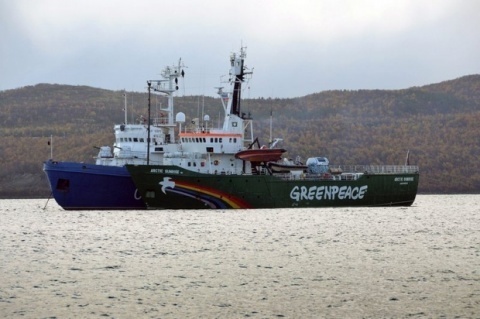 The jailed members of Russia’s Pussy Riot protest band and the Greenpeace activists recently arrested in the country are among those who could benefit from a new amnesty law.

The bill received enough votes in favor in the Duma that it does not require President Vladimir Putin's signature.

The amnesty initiated in early December to mark the 20th anniversary of the nation’s constitution will be applied to thousands of Russian prisoners – primarily retirees, invalids, women with children and pregnant women, and victims of the Chernobyl disaster.

The bill could also lead to the release of some activists currently facing prosecution over clashes with police at a rally in Moscow last year, ahead of Vladimir Putin’s inauguration for his third term as president, RIA Novosti informs.

The amnesty is due to take effect on Thursday, according to the Russian government daily newspaper, Rossiyskaya Gazeta.