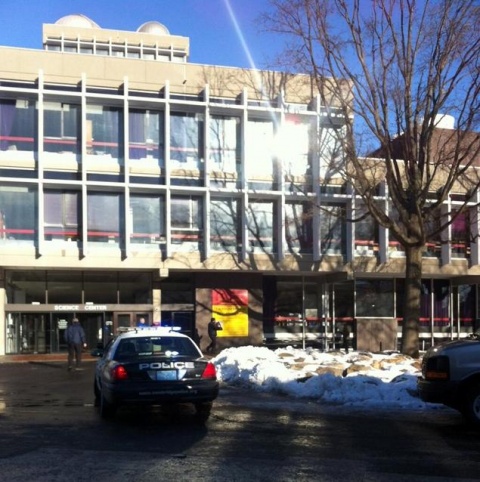 A Harvard University Police Department patrol car sits outside the Science Center after officials received a report of possible explosives on campus. Photo by The Harvard Crimson

Four buildings at Harvard University in Massachusetts are being evacuated after an unconfirmed report that bombs may have been placed there.

"Science Center, Thayer, Sever, and Emerson. Evacuate those buildings now," one of Harvard's tweets read, as cited by CNN.

No explosions have been reported, Harvard emphasized.

"Out of an abundance of caution, the buildings have been evacuated while the report is investigated," Harvard said on the emergency page of its website. "Harvard's focus is on the safety of our students, faculty and staff."

Harvard campus police and local police were said to be on the scene.