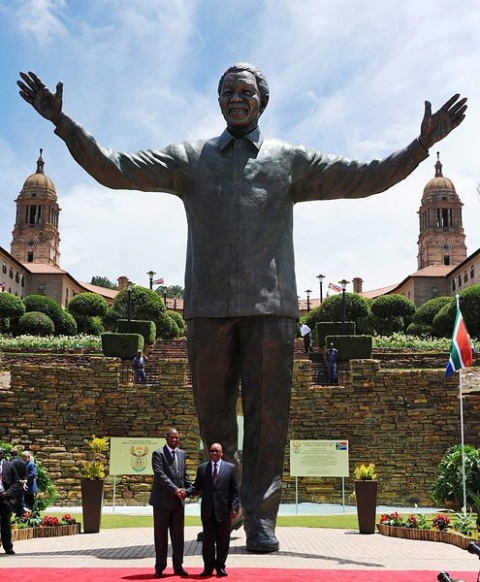 A giant 9-meter high statue of Nelson Mandela was unveiled on Monday in the South African capital Pretoria.

The bronze statue was erected by the Union Buildings, the country's government complex, reports Euronews.

The date of the statue's unveiling is symbolic as it is Reconciliation Day in South Africa, a memorable date to honor the country's most prominent freedom fighter, Nelson Mandela.

Mandela, who passed away on December 5 at the age of 95, was buried in his birth village Qunu on Sunday.