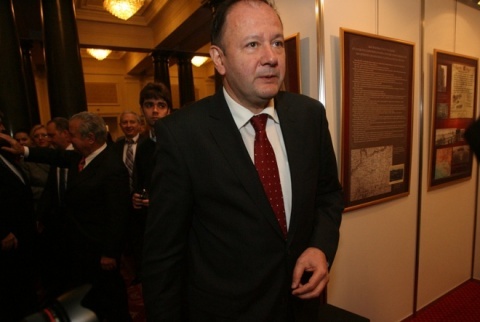 Bulgaria is the gateway to Europe and it is wide open for Chinese investments, Bulgarian Parliament Speaker Mihail Mikov has said during his visit to China.

Mikov has met with the Chairman of the China International Trade Promotion Committee Wan Jifei in Beijing where they launched a business forum.

At the forum the Parliament speaker noted that Bulgaria was financially and politically stable which guaranteed the investments in the country.

He stressed that Bulgarian tax rates were the lowest in the EU - 10% corporate tax and 10% income tax. Mikov said he would expect Chinese investments in nuclear, thermal and hydroelectric power plants, as well as in infrastructure.

Wan Jifei told reporters that the main preconditions for a better economic cooperation were to work for the promotion of both countries and to encourage reliable partners - companies with reputation and real opportunities for co-operation.

The delegation headed by Mikov will return to Bulgaria on December 17.