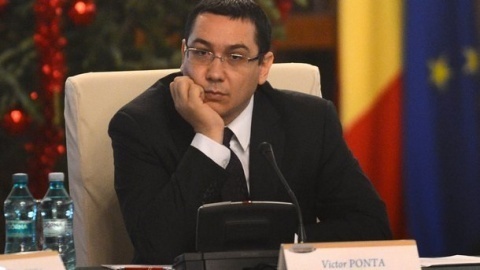 Amendments to the Criminal Code, approved Tuesday by the Romanian Parliament, have caused a scandal in the country.

The amendments stipulate that the Romanian president, MPs, ministers, mayors and other officials would no longer be subjects to investigation under conflict of interest and other corrupt practices charges.

Romanian media has called Tuesday 'the darkest day in the fight against corruption'.

The bill has yet to be submitted to President Traian Basescu who must sign it into law for it to come into force. Basescu has said he would not endorse the bill and would send the proposed changes back to parliament to be amended. According to President Basescu, the bill was reason enough for the parliament to be dissolved, Romanian Ziare informed.

'I will propose that Liberal MPs reject those changes that have been made and can be interpreted in the way of creating a super-immunity,' he said.

PM Ponta later told reporters that the law needs to be discussed again with the justice ministry, the Supreme Council of Magistrates and the General Prosecutor's office, and if it is endorsed, must be presented to the European Commission to confirm whether it breaks any international obligations of the country.

The United States Embassy in the Romanian capital, Bucharest warned that 'the move by the Parliament is a step away from transparency and rule-of-law and is a discouraging sign for investors, which will negatively affect Romania's economy.

A very important principle for us is that all citizens are equal before the law,' spokesperson for the European Commission Mark Gray commented.

The National Integrity Agency, an anti-graft watchdog, has ruled that 193 mayors, deputy mayors and councilors have had conflicts of interest and falsified statements since the middle of 2012.