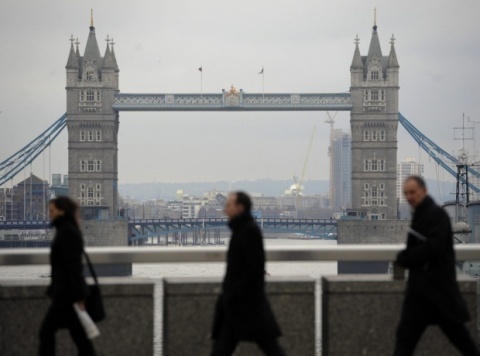 The official stance of the UK government is that the labor restrictions for Bulgarians and Romanians will be lifted from January 1, 2014. Photo by EPA/BGNES

A UK Home Office spokesman has attempted to play down the government's intention to draw up emergency plans over the expected influx of Bulgarians and Romanians, based on its experience from the Olympics 2012.

“We are expecting business as usual at the border when the transitional controls expire and we will maintain our normal Border Force presence at ports and airports,“ the spokesman said.

The statement came in response to a statement by Mark Sedwill, the Home Office permanent secretary, who told MPs:

“Over the immediate period after the lifting of transitional controls we’re putting in place arrangements across Border Force rather similar to the arrangements with the same kind of management structure as we put in place for the Olympics, just to be absolutely sure that our frontline staff are prepared should there be any surprises,”

During London 2012 Olympics huge numbers of immigration officers were drafted in to carry out passport checks in a bid to avoid queues developing at ports and airports.

At the end of November British Prime Minister David Cameron announced a crackdown on so-called "benefit tourism", citing fears over mass immigration from Bulgaria and Romania.

But some ministers from Cameron's government and MPs from the opposition are calling for a rebel amendment to the Immigration Bill that would restrict the free movement of Bulgarian and Romanian migrants into the UK until December 31, 2018.