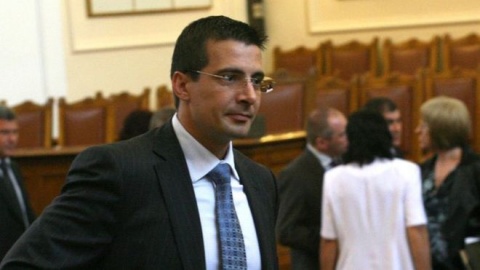 Tanchev is a member of the Committee on Homeland Security and Chairman of the Friendship Group Bulgaria – Argentina.

He has left the Citizens for European Development of Bulgaria party, GERB, on his own will.

From now on, GERB's parliamentary group will have 95 members.

This comes days after GERB MP Georgi Markov deposited his resignation from the same parliamentary group of the party of former Prime Minister, Boyko Borisov.

Markov's and Tanchev's votes in plenary hall could prove decisive because until now the ruling partners, the Bulgarian Socialist Party, BSP, and liberal, predominantly ethnic Turkish Movement for Rights and Freedoms (DPS) together had 121 MPs.

The two new renegades could significantly shift the balance and the ways parliamentary majority is played.

"The GERB group is stable," said the Deputy Chairman of the group Dimitar Glavchev in commenting for the media Tanchev's decision.

"Yesterday and today we had meetings. We do not have any doubt and you should not have one as well. Until now our colleague Tanchev has not expressed any different opinion or suspicions of improper actions of our group, and I cannot tell what his motives were," said Glavchev.

"I think it's high time we decide that when someone does not agree with something, they first state it out loud and then leave the Parliament. This is the normal gesture that would follow from such a thing," he concluded.