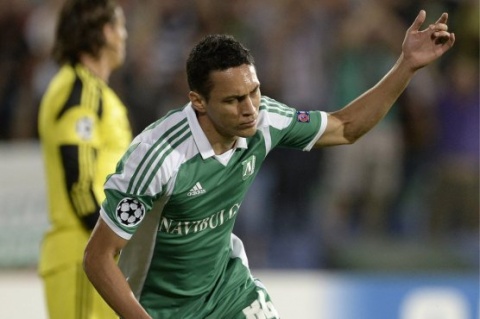 Marcelinho could play in the Dutch league starting January, according to media reports. Photo by tageswoche.ch

Bulgarian champions Ludogorets Razgrad could sell two of their top players in the January transfer window, according to local media sources.

This could be the ideal time for Ludogorets to sell him, since Marcelinho's contract expires in the summer, and the player will become a free agent.

Another player who may be sold in January is Slovenian striker Roman Bezjak. However, the Bulgarian champions are willing to let him go only for a substantial sum of money, and if they can guarantee themselves a quality replacement in attack.

The Razgrad team's owner Kiril Domuschiev has announced that as much as EUR 2 M could be available for new signings in the winter.

Ludogorets made headlines this autumn by claiming the 1st place in their Europa League group, and progressing to the next round. They are also leaders in the domestic league.