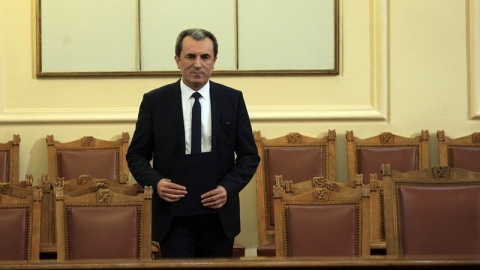 The PM spoke during the so-called Blitz Parliamentary Control in response to a lawmaker's question about layoffs of protesting employees of the Council of Ministers.

According to the country's leader, there was strong evidence of employees who sabotage the work of the administration, while taxpayers do not care whether these actions are intentional or not.

Oresharski added that every day his office was deluged with "information" from State servants about what their colleagues have been doing.

"Every day I get in my office these, let's call them "slanders" from other employees. Sometimes they are well-intended, sometimes they are not well-intended. So, I have too much information, which, as I pointed out and you agreed, is unconfirmed and therefore it is not fit to be used to make management decisions," said the Prime Minister.

He stated categorically that he never mentioned and will not mention political affiliations, but was simply requiring the administration to not sabotage the work of institutions.

"My only requirement for the administration is not to sabotage work. Unfortunately, in recent months there are several cases where I suspect sabotage without me commenting if it has been intentional or unintentional. The final results, however, are one and the same for the Bulgarian taxpayer," said Oresharski.

In his words, so far no employee has complained of being pressured to quit their job.

"I'm not saying there are no such cases, just nobody has complained to me and I am not informed. No supervisor has told me of forcing someone to leave work. I think at the moment there is no political purge, especially when compared to the previous government and data is strong evidence for it. The figures are impressive for 2009, but not now," he stressed.

At the end of November, the Sofia City Prosecutor's Office announced it was probing Oresharski over his statement that State servants participating in protest rallies must be fired.

The Prime Minister made the above statement in mid-November and further declared the authorities were collecting "operative" data about who attended demonstrations against his Socialist-endorsed Cabinet.

This prompted the Association for European Integration and Human Rights and the formerly-ruling centrist opposition Citizens for European Development of Bulgaria party (GERB) to submit a signal to the Prosecutor's Office.